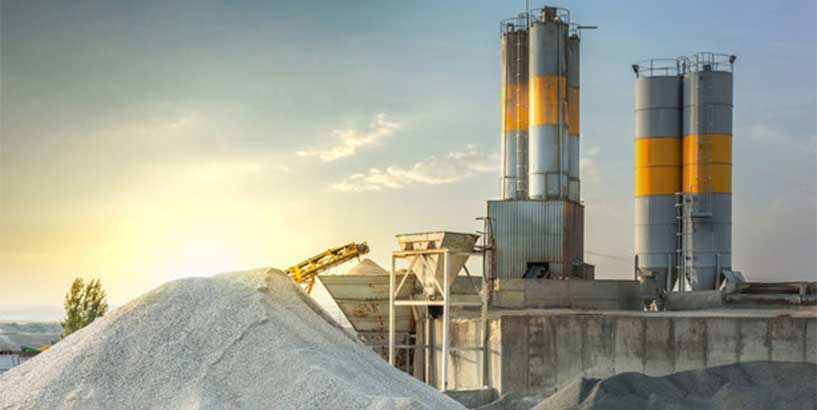 Cementos Pacasmayo is a company engaged in the production and marketing of cement, aggregates, lime, ready-mix concrete, and other construction materials, supplying the northern and northeastern regions of Peru.

The company has three production plants which are located in the northern part of the country: the first and oldest is located in Pacasmayo; the second, in Rioja; and the third, in Piura, the most modern plant in Latin America (100% automated).

As of the third quarter of 2021, cement sales volume increased by 16.4% due to higher cement demand, resulting in a 12.3% increase in total revenues. For the first nine months of the year, cement sales volumes increased 70.6%, mainly due to a significant recovery in demand after the production and trading halt during the second quarter of 2021, causing revenues to increase 61.6%.

Management commented, "The positive trend in cement sales volumes continued, despite the economic effects of the political instability, which once again demonstrates our resilience and gives us confidence that our results will continue to be very solid. As expected, demand for infrastructure projects related to the reconstruction of El Niño damage, executed under the government-to-government agreement with the United Kingdom, has continued and accelerated."

Due to the increase in cement demand, it was decided to invest US$70 million for the construction of a new kiln at the Pacasmayo Plant that will be capable of producing an additional 600 thousand tons of clinker per year.

For the third quarter of 2021, Cementos Pacasmaya obtained an EBITDA of S/66.3 million, representing a decrease of 34.4%, mainly due to the use of imported clinker needed to sustain the record levels of cement sales. As a result, the EBITDA margin decreased by 15.6%.

For the accumulated 9-month period, EBITDA reached S/ 201.4 million, an increase of 19.3%, mainly due to the higher revenues mentioned above.

Gross profit decreased by 20.5% in 3Q21 compared to 3Q20, mainly due to the use of imported clinker. Likewise, operating profit during 3Q21 decreased to S/ 42.2 million, mainly due to higher workers' profit sharing, in line with a higher tax base, as well as higher expenses related to COVID-19 to comply with protocols to ensure the safety of our workers, software and licenses, training, and workers' compensation.

This resulted in a net income of S/42.1 million, representing a decrease of 6.8% mainly due to lower operating income.

However, compared to 9M21, a net profit of S/ 101.6 million was obtained, an increase of more than 100% mainly due to higher sales and a low comparative base due to a net loss during 2Q20 from the stoppage in production and commercialization resulting from COVID 19.

The company expects sales to continue to increase by the end of the year as it has good expectations for the Peruvian economy and infrastructure projects by the Peruvian government.